9 September 2016 was a very special day for Vianny Premsela (owner VP IT Support) and even more for Larissa Klaassen and Haliegh Dolman.
Why? Let’s go back in time.

In 2014, the nearly blind Larissa was named as the Coolest woman in the Netherlands. She not only combines her study (IT) at the Amsterdam School of Applied Sciences with a Sporting Career at the highest level. She developed a braille system for mathematic signs, so these signs can be recognized by other braille readers, giving them full access to mathematics. In 2013 she started tandem-racing and was soon very successful. She was twice Dutch Champion time-racing after which she switched to court-racing.

Haliegh Dolman combines her study with bike-racing and became a top talent, both on the court and on the road.
At the end of 2014 she decided to unite with Larissa and became the tandem-pilot. Their goal was to qualify for the Paralympic Games in Rio. It soon turned out that this was a winning combination. The ladies became Dutch Champion in the time race and in 2016 World-champion on the kilometer time-race.

‘To give up’ or to ‘Cannot’, are not part of my dictionary, stated Larissa in an interview for ‘Geleidehond.nl’. Ambition, perseverance and goal-oriented are values that Vianny respects, as these are commensurate with his own values. Or, as he stated:
“You show that a limitation, does not have to be a limitation”. That’s why VP IT Support is became one of the two main sponsors of the Paralympic Team ‘Larissa and Haleigh’. The cheque was ceremonially awarded on May 7th, 2016.

Awarding of the Cheque 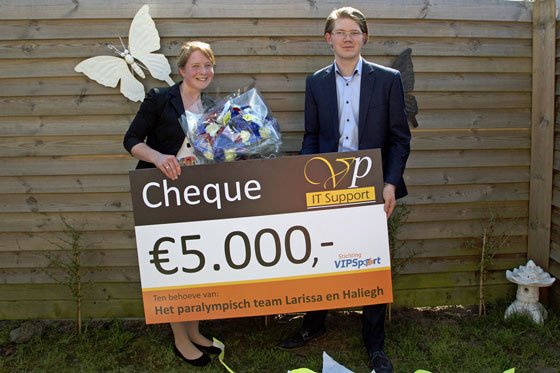 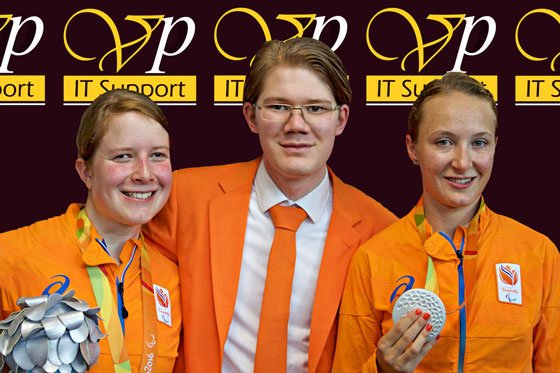 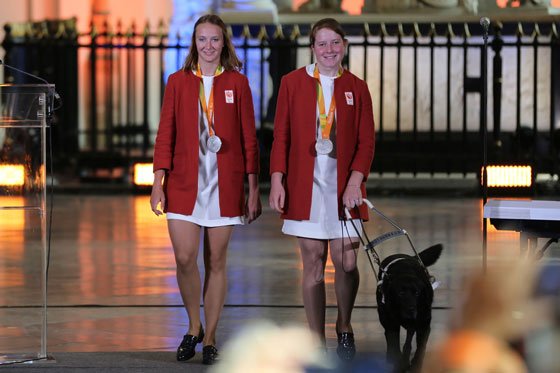